Add d-rings to every damn surface.

Just wanted to add a small post about some cool shit I did with my deadlift platform this weekend.

I’ve been trying to incorporate more band exercises into my workouts, whether alone or in conjunction with dumbbells and barbells. The downside was that for some of the exercises I wanted to try I was finding it tough to anchor them. Like, I could wrap them around the uprights on my squat stand but since the stand isn’t bolted to the ground it would sometimes shift and move the whole unit when I used 60 lb bands. 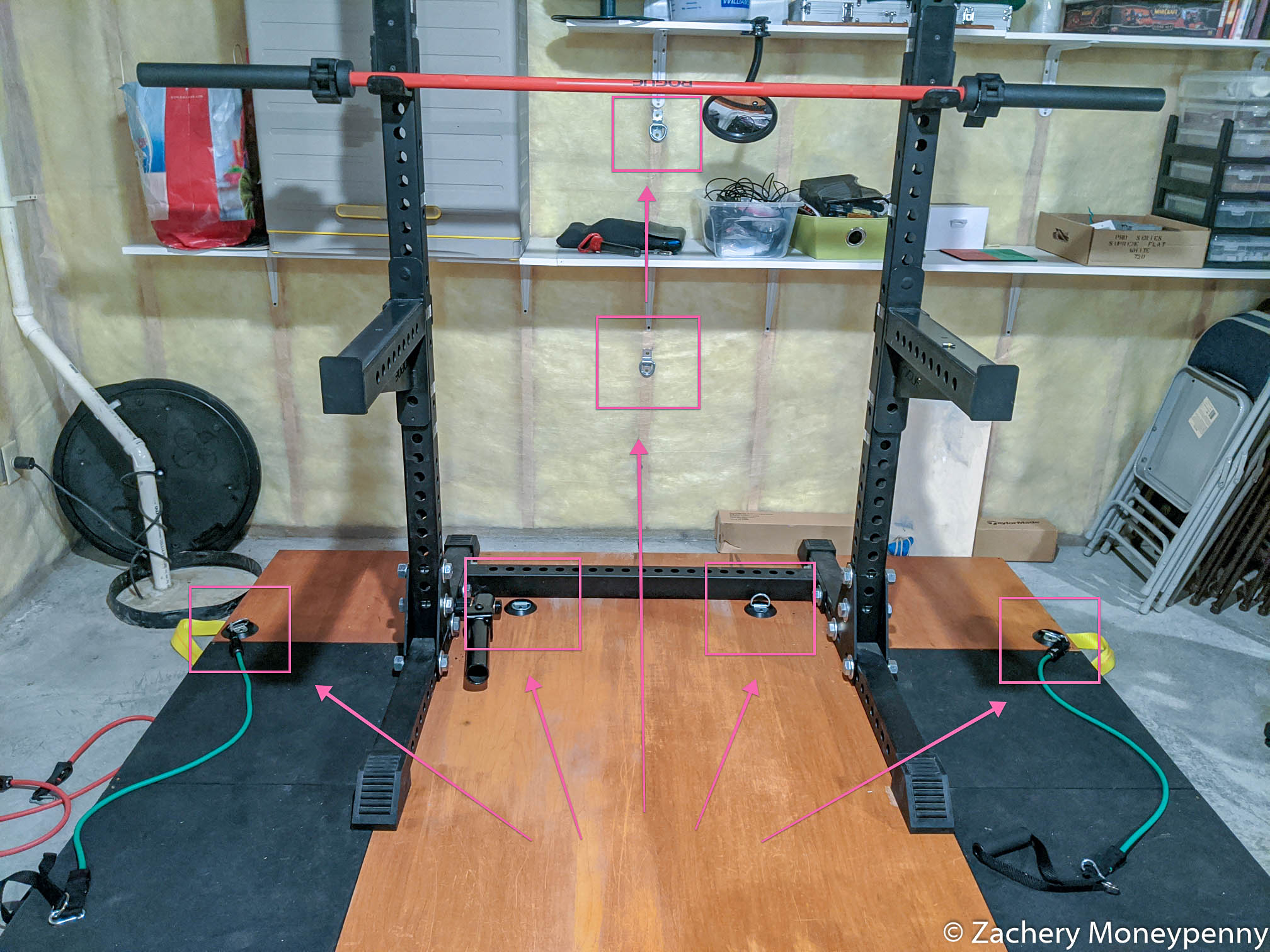 My solution, as seen in the photo above, was to buy several different kinds of D-ring mounts and attach them to the deadlift platform itself as well as the studs in the wall behind it. The flush mount rings on the surface of the platform each went in with three 2” screws and the wall rings went into the studs with two 2” screws.

So far it’s been great—I’ve been able to easily get bands on and off at the various angles I want. Later this week I’m going to try to use the wall-mounted ones for face pulls and something like a seated row. If it works I may look at getting some heavier bands as well, it will be the next best thing to a cable column in my basement!