In March I bought a sewing machine so that I could start making cloth masks. After I made 30 or so masks I decided I wanted to try my hand at something a bit more complicated. As when I started to become interested in woodworking, I started watching YouTube videos about beginner sewing techniques and skills and ended up subscribing to a few ones I liked.

In particular, I liked Tock Custom’s videos and his tutorial on sewing a button-up shirt.

This became my first challenge: to use some extra mask fabric I had to make my own short-sleeve button up shirt.

Since I wanted to follow along with the tutorial video, I ordered the same pattern: McCall’s M6044. The problem came when I had to choose which size pattern to order: they are sold separately as Sm-Med-Large and XL-XXL-XXXL but I didn’t know if I was a Large or an Extra Large according to the pattern. I purchased the XL/XXL/XXXL one with the thought that I’d be able to tailor it smaller if need be, whereas if I went with the Large and it was too small I’d be out of luck.

I’d ordered 5 yards of fabric for making masks that I kinda liked; it was a funky pattern that shaded towards a pinky purple. 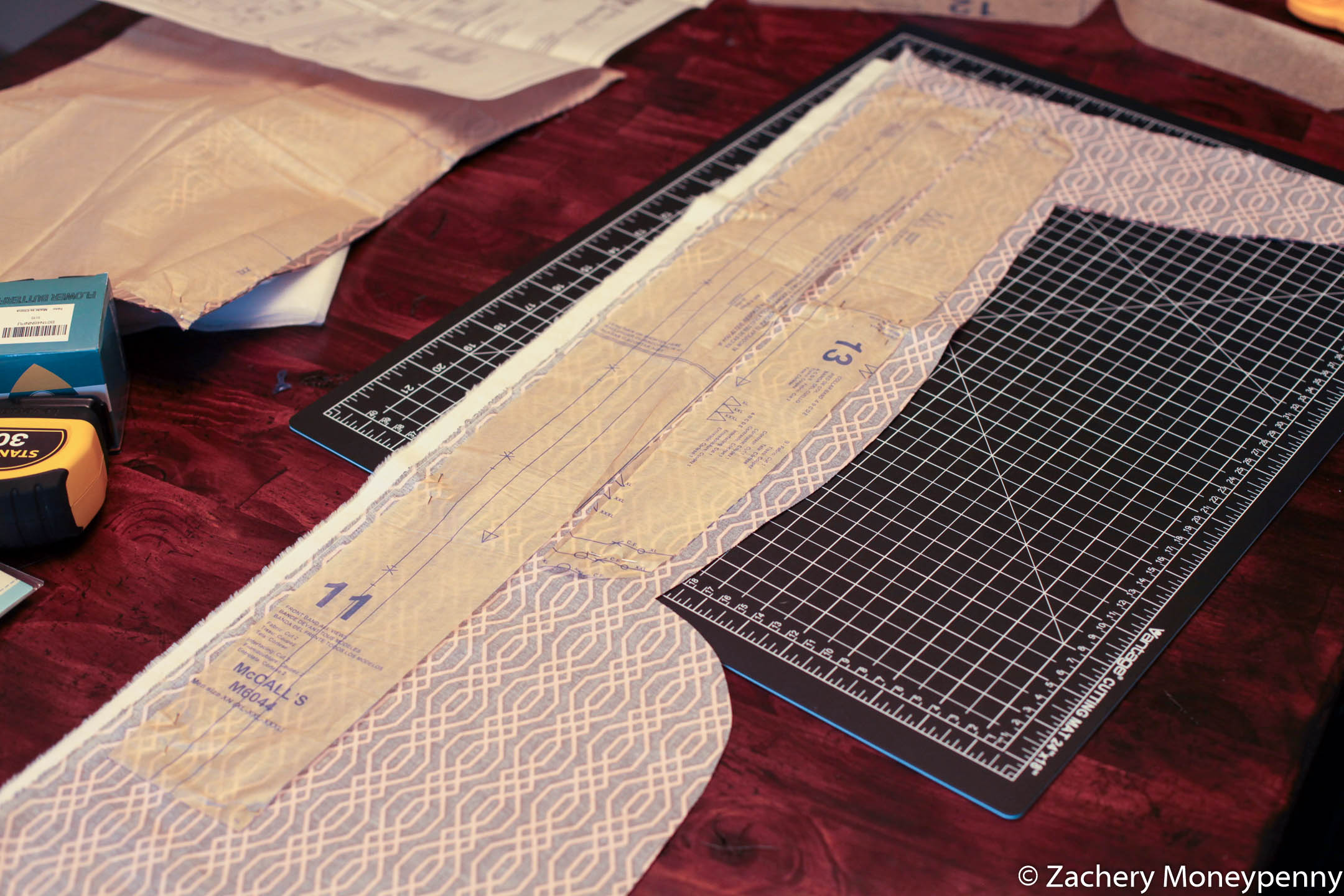 Cutting out the pieces

It was simple to layout the pattern and cut as I moved along with the tutorial, though I feel I could go much faster a second time. The shirt has a significant crucial piece arranged along the fold, which I was careful about. 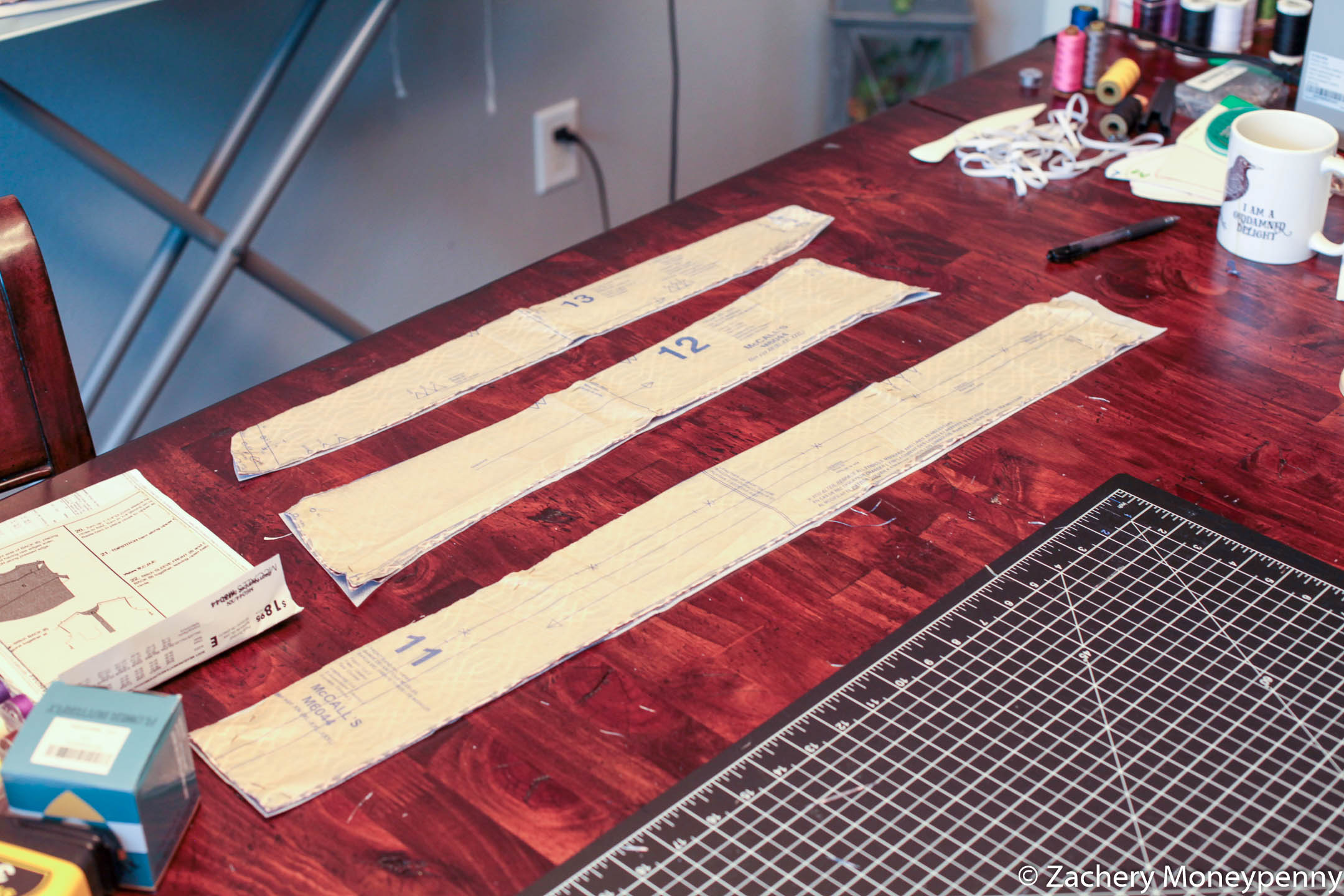 Laying out the cut pieces

It went together super smoothly! Admittedly, the toughest part was called out in the video: pinning and then sewing on the sleeves. 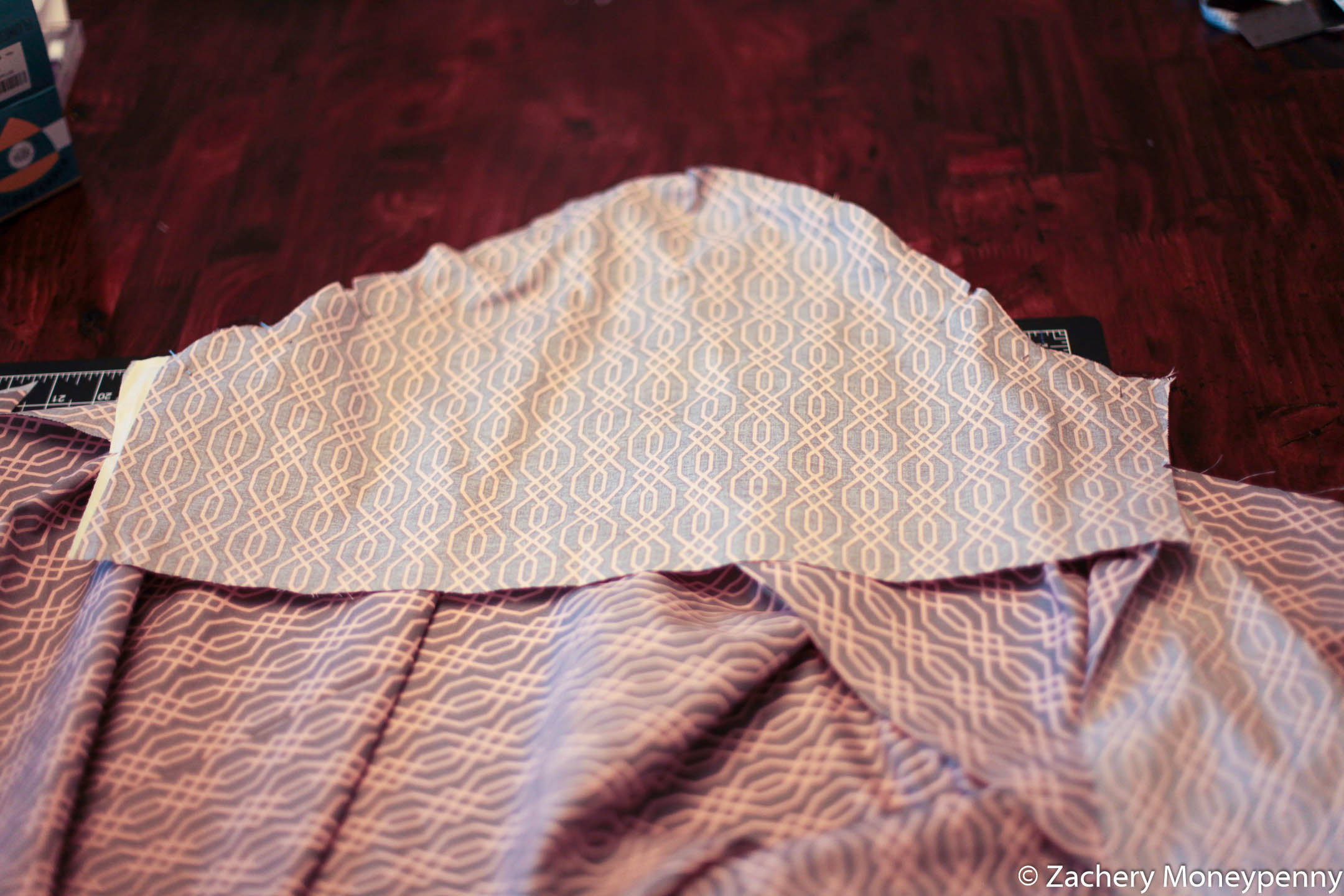 Pinning the sleeve on

One embarrassing mistake I made was when I went to attach the fusible interfacing to the collar stand, I wasn’t paying attention and had the sticky side face up. When I put the iron down on it the glue melted to my iron and I had quite a mess to clean up.

Attaching the fusible interfacing to the collar

Remember my indecision about the S/M/L vs XL/XXL/XXL pattern? The XL was very, very wide for me, so I decided to follow another tutorial (again from Tock Custom) on tailoring the shirt.

Unfortunately, I tailored the shirt in about a half inch further than ideal, and so the shirt is a little tighter than I’d like (though it still fits).